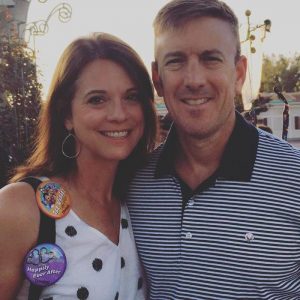 Dr. Youngblood grew up in Tallahassee, FL and attended Auburn University majoring in Animal and Dairy Sciences. He earned a Master’s of Agriculture in 1996 and began veterinary school in 1997. Upon graduation from Auburn’s College of Veterinary Medicine with honors in 2001, Dr. Youngblood began his career practicing in Chattanooga, TN. In 2002 he purchased what is now North Alabama Animal Hospital from Dr. Whitlock. His professional interests include orthopedic diseases and surgery, ophthalmology, and dentistry. He and his wife Mary Cecelia have 2 daughters and a son. They share their home with a Cavalier King Charles Spaniel named Katie, a Llewellin Setter named Anna, and 1 cat, Frank. 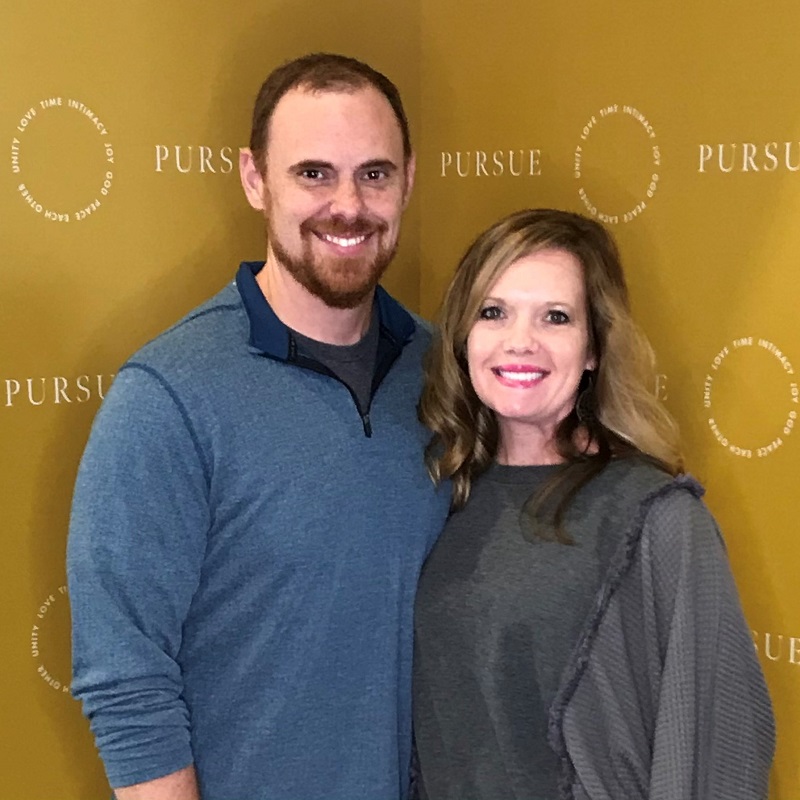 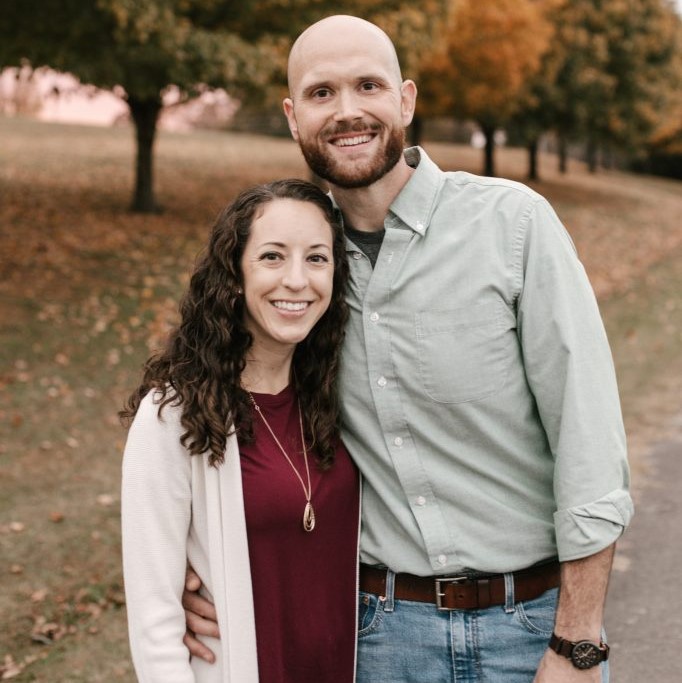 Dr. Thompson grew up in Lawrenceburg, TN. He attended UT Martin for his undergraduate studies. He graduated in 2009 with a Bachelors of Science in Agriculture with a concentration in Animal Science. Dr. Thompson attended the University of Tennessee College of Veterinary Medicine and graduated in 2013. He has been with North Alabama Animal Hospital since June of 2014. He enjoys all aspects of veterinary medicine, especially soft tissue surgery, dentistry, nutrition, and ultrasonography. Dr. Thompson is married to his wife Jennifer, and they have two children. They also have a Boston Terrier mix named Newman. 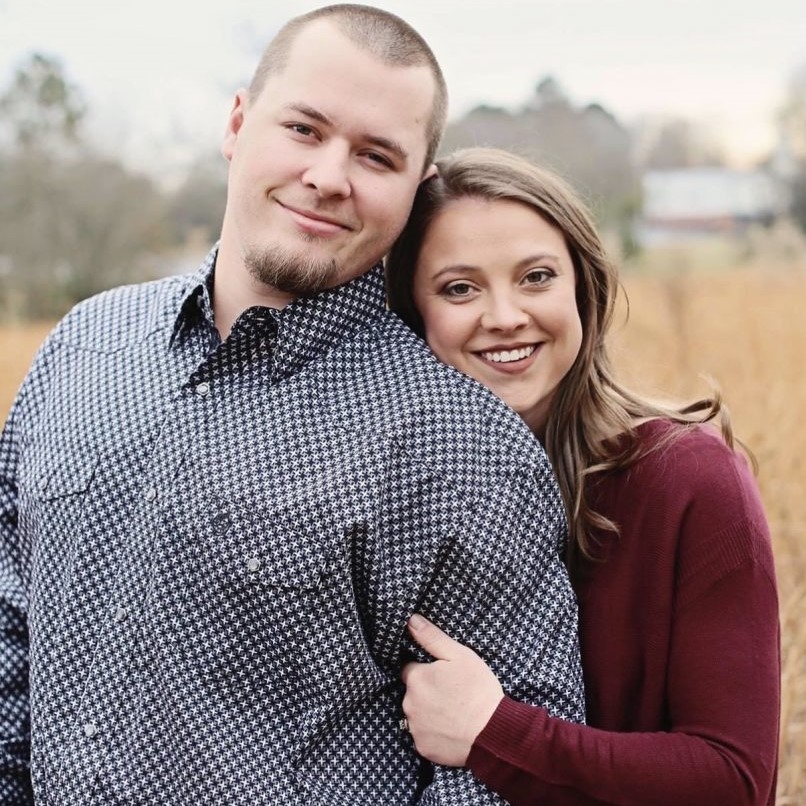 Dr. Harlie Arndt grew up in Florence, AL where she attended the University of North Alabama. During her undergraduate years, she joined the NAAH team as a kennel technician. She received a Bachelor of Science in Biology with Summa Cum Laude honors in 2016. She was also a four year starter on the UNA softball team and was the third baseman on the 2016 National Championship team. Dr. Arndt started veterinary school in the summer of 2016 at Mississippi State University College of Veterinary Medicine and graduated in May 2020. Dr. Arndt is married to Nick and they have 3 dogs, Heidi, Buck, and Rosie. Away from work, she enjoys outdoor activities and slow pitch softball. She enjoys all aspects of veterinary medicine and is excited to be a part of North Alabama Animal Hospital. 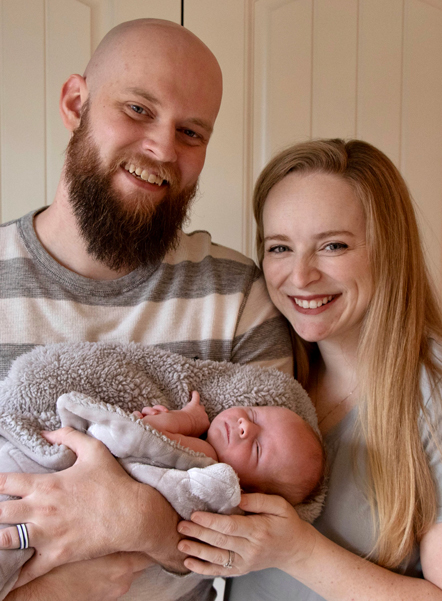 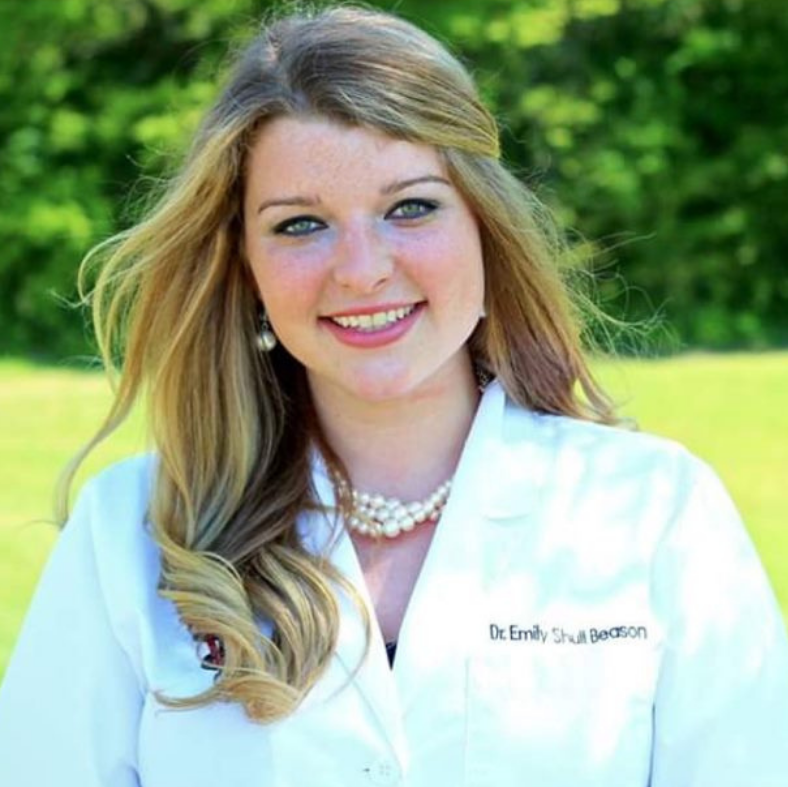 Dr. Emily Beason is a Veterinarian certified in Animal Acupuncture and Chiropractic who offers integrative veterinarian services to patients of NAAH on a monthly basis. Dr. Beason’s love of animals is deep since growing up on a beef cattle farm in Middle Tennessee. Horse riding has been a passion of hers as well. She is a graduate of Mississippi State University College of Veterinary Medicine. She completed her certification in acupuncture through IVAS (International Veterinary Acupuncture Society). Her Animal Chiropractic certification is from Parker University. She is licensed in Alabama and Tennessee. 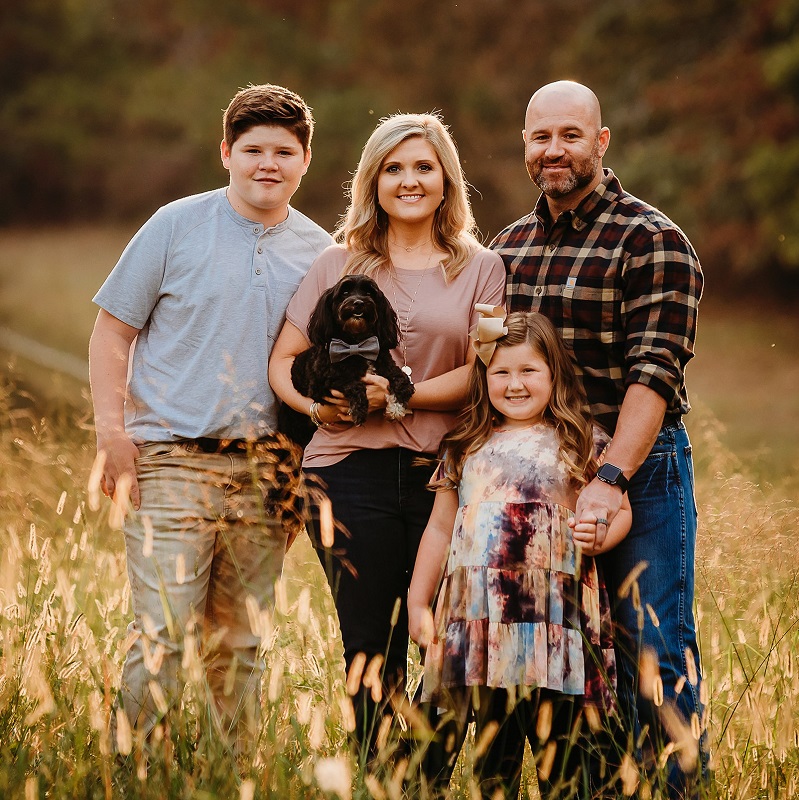 Ashley is the office manager at North Alabama Animal Hospital. She’s been at the clinic since 2007. She began as a Customer Service Representative and became Office Manager in 2016. Ashley is married to Chad, has two children, Caleb and Tenley, and a dog named Buffett. 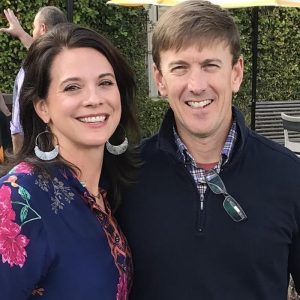 Mary Cecelia is the wife of Dr. Troy Youngblood, mother to MayBeth, Anne, George and their dog, Katie. She has a B.A. from Auburn in Business Marketing. She was previously employed at Auburn University Contracts and Grants Administration; Auburn University Alumni and Development; and the Ronald McDonald House of Chattanooga.

“I have worked in almost every position at NAAH: kennel assistant, surgery assistant, veterinary assistant, receptionist, office manager, administrative assistant, and accounting clerk I’ll probably not attempt being a vet.” 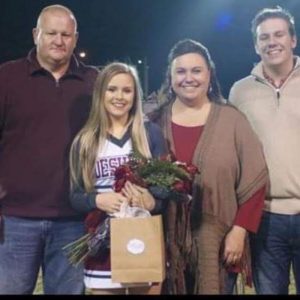 Vicki has been at the clinic since 2011. She is married with two children. Vicki has three dogs, Anna, Elsa and Chewie. She also has two cats, Molly and Shadow. 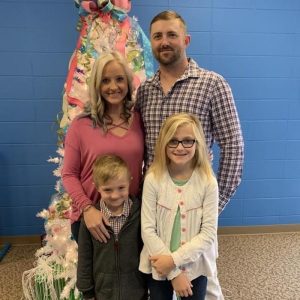 Chasty has been at the clinic since 2015. She is married and has two children, Kyleigh and Levi. She has a dog, Toby and two cats, Missy and Sweetie. In her free time, Chasty likes to hunt and workout. 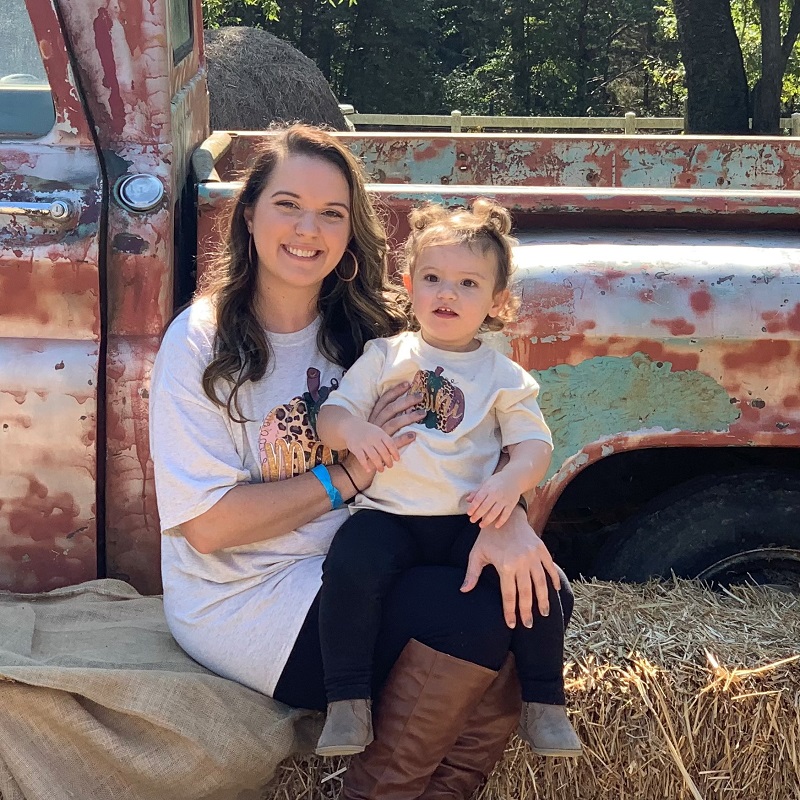 Rachel was born and raised in Muscle Shoals. She has a daughter Avery Kate. When she isn’t at work, she loves spending time with family and doing photography. 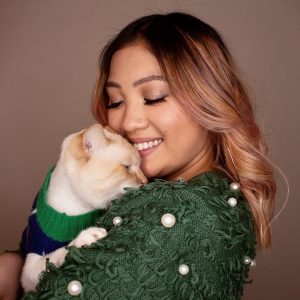 Anna started working for NAAH in 2019. Before working at NAAH, she worked a wide array of jobs and is very well rounded because of it. She is always coming up with ideas for hospital improvement and brings a good attitude, a sense of humor and hard work ethic to work every day. She has a cat named Alfredo and two Dachshunds, Tobes and Bandit. 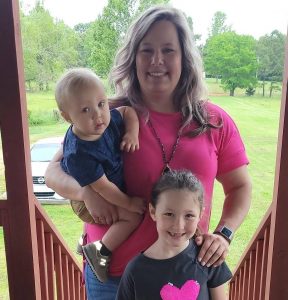 Jennifer has been at the clinic since 2012. She has two children, Raelynn and Zachary. They have two dogs, Alfie and Daisy, and a cat named Gabby. 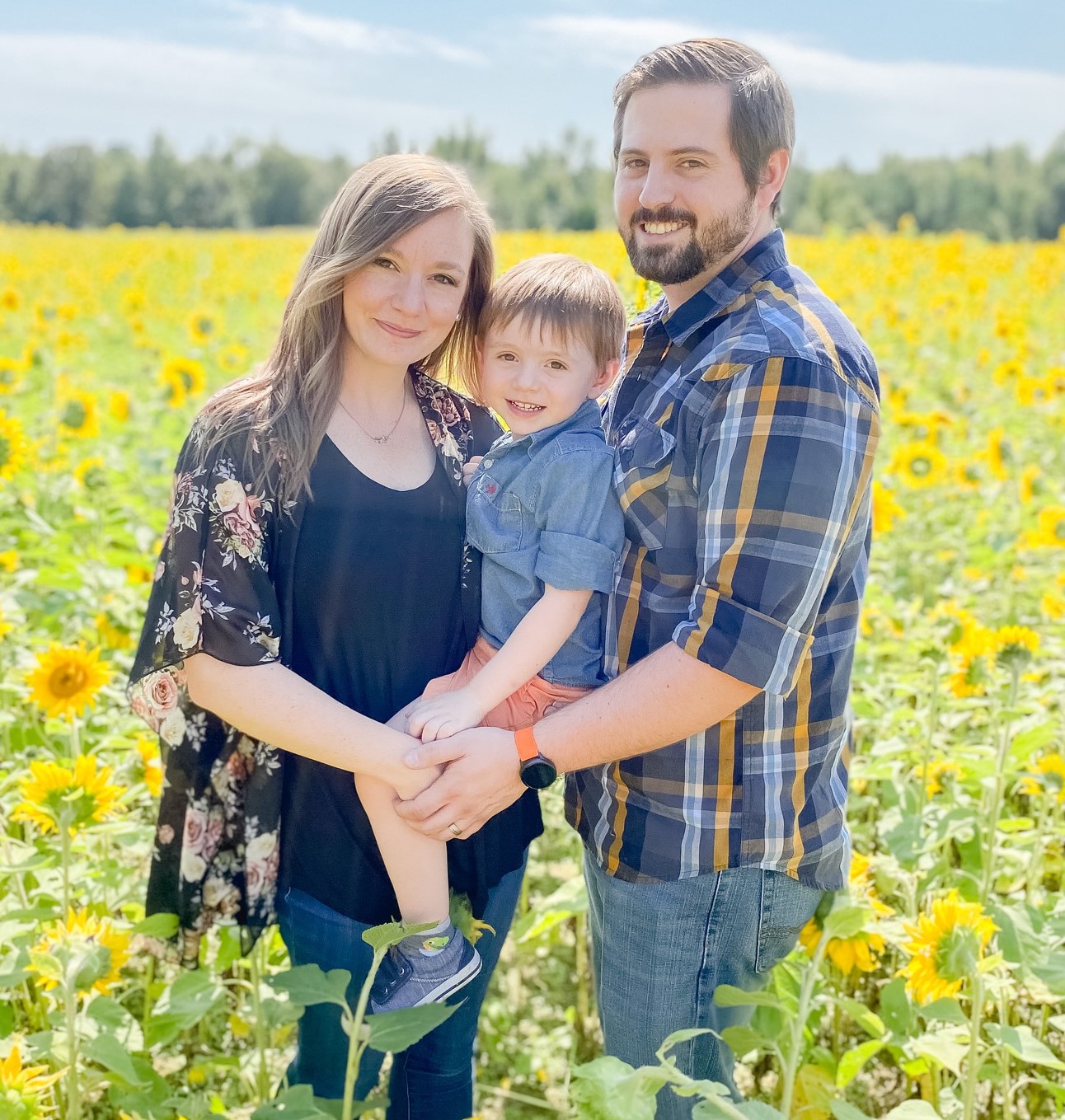 Jessica has been at the clinic since 2012. Her husband’s name is Anthony and they have a son named Tristan. She has three pets, Sunni, Jasper, and Barry Allen. Her hobbies include guitar, crochet, and photography. 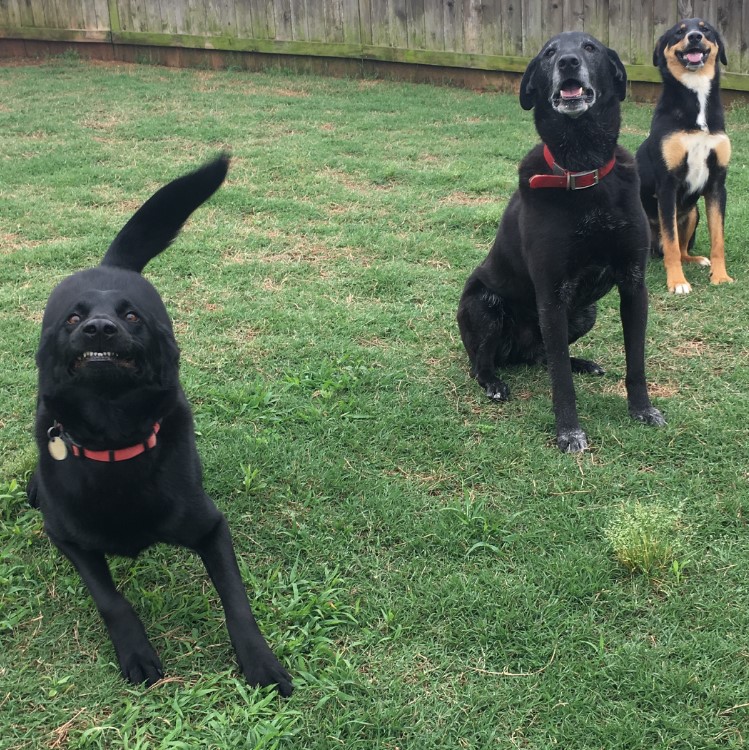 Heather has been a member of the NAAH team since 2015. She brings with her a wealth of knowledge from 14 years of technician experience. She spends her free time with Champ, Joey, Idgie, Doc and Odie. Her lab Champ, has also saved lives at NAAH by being a blood donor! 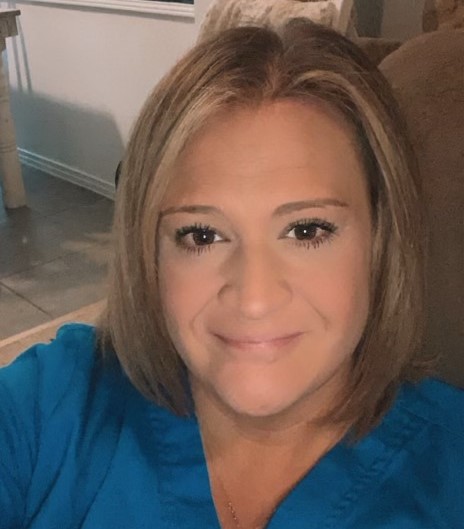 Shannon has been at the clinic since 2002! She has two daughters, Zoe and Ashley. She also has three dogs, eight cats, a duck, two guinea pigs, a rabbit, a hamster, a hedgehog and three fish at home. 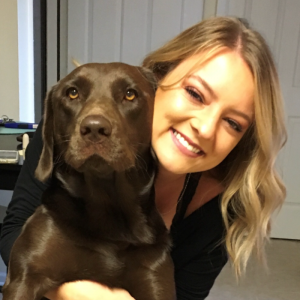 Emilee has been at the clinic since 2018. At home, she has a chocolate lab named June. In her free time, she enjoys doing hair and staying active. 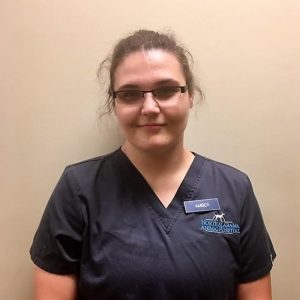 Amber has been at the clinic since 2016. In her free time, she enjoys spending time with animals and reading. 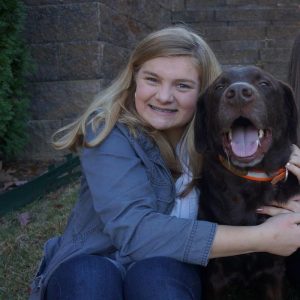 Lauren has been at the clinic since 2018. She has a chocolate lab named Max. Lauren loves to read, play tennis, travel, and spend time with her family and friends. She started working at North Alabama Animal Hospital through the Florence High School Launch Program (an internship program). She is currently in college at The University of Alabama and aspires to become a veterinarian. Her ultimate dream is owning her own practice. When she is home, she comes to help out at the clinic. 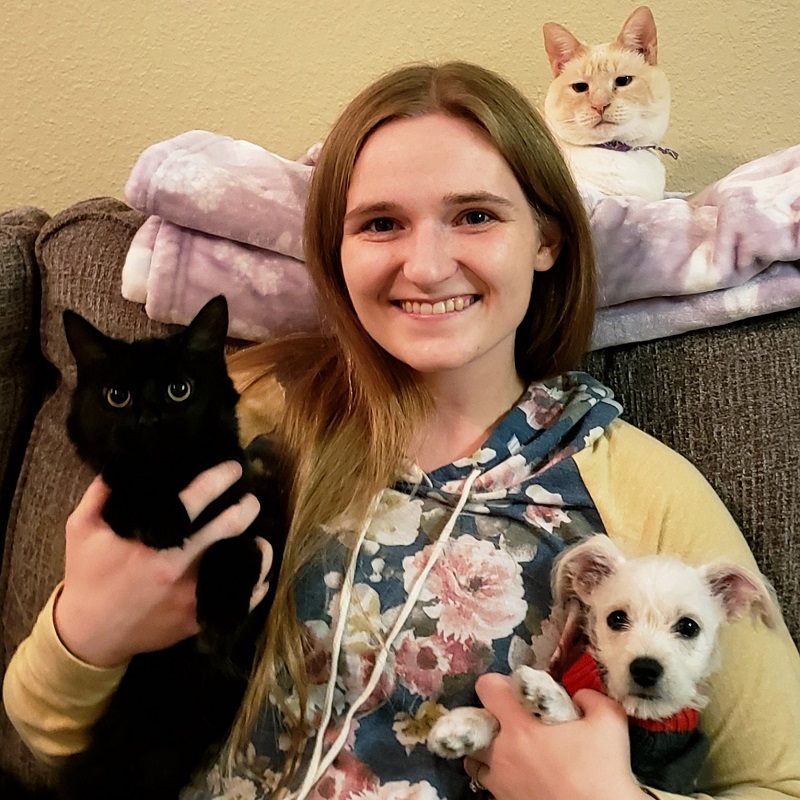 Julianna is originally from Rossville Georgia and graduated from the University of Georgia, majoring in Biological Sciences and Entomology. She is married and has two cats, Chanel and Luka, and one dog, Danny. Also, she aspires to attend veterinarian school someday. 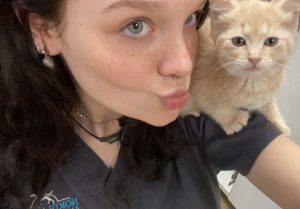 Kacy has been with the hospital since 2020. Outside of work she enjoys reading, music, and hanging out with family and friends. She has a 13 year old miniature Yorkshire terrier named Tanner. She started working at NAAH through the Florence High School Launch Program and is currently enrolled at Northwest Shoals Community College. She plans on attending Jefferson State for veterinary technology once she finishes at NWSCC. 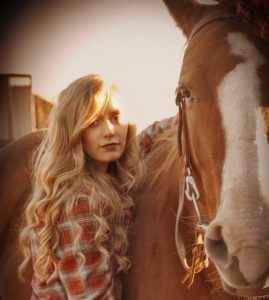 Michaela grew up in Florence, AL and has attended Northwest Shoals Community College for her basics. Michaela plans on starting veterinary technician school this coming fall at Jefferson State. She’s very excited to start her classes because she will be one step closer into following her dreams of becoming a licensed Veterinary Technician. Her hobbies include spending time with her dog Mollie, riding horses and going hunting with her dad. Michaela is also very active and goes to the gym 4 days a week. 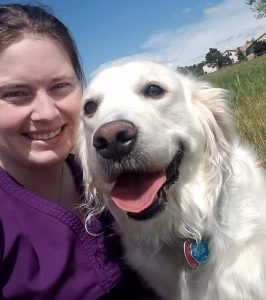 Tori began working at NAAH in 2021 after she moved to the Shoals from Colorado. She graduated from Colorado Academy of Veterinary Technology in 2019. She has two dogs, a Yorkie named Molly and a Blue Heeler named Cricket. She also has two sugar gliders, Bandit and Whiskey. In her free time, she likes to read, play video games and board games. 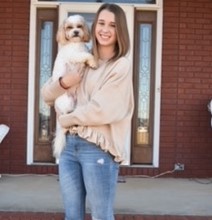 Emily has been working at the hospital since 2020 and is studying at the University of North Alabama. She has a 14 year old Cocker Spaniel named Max, a 2 year old Cavapoo named Luka and a 1 year old cat named Ms. Kitty. She enjoys spending time on the river and with her family and friends